Hi Angelina, how did you come to work for The Edge?

Hi! So at the time I’d recently graduated from University (studying film studies) and was looking for a job in the industry. I came across the Edge’s website and thought I’d drop them an email to see if they had any roles available. I was called in for an interview shortly after and have been working here ever since!

Tell us about your role at The Edge. What a typical day looks like?

My role varies day to day depending on what projects I’m working on! If I have an upcoming shoot, then I’ll be busy organising; crew, locations, permits, budgets etc. Anything to ensure the shoot goes as smooth as possible.

What inspired you to work in film production?

I have always been passionate about the whole process of film making and knew I wanted to get involved somehow.

What do you enjoy most about your role?

That every day is different! It’s not a typical office-based job; one day I can be in the office arranging logistics and the next, I can be travelling halfway across the world for a shoot!

Can you share with us any exciting projects you’re working on at the moment?

I’ve just finished working on a film for Network Rail, which is supporting their Gender Diversity project. It’s a project that aims to increase the number of women working at Network Rail by 20% by 2020. We were following 8 females in various work roles within the industry. 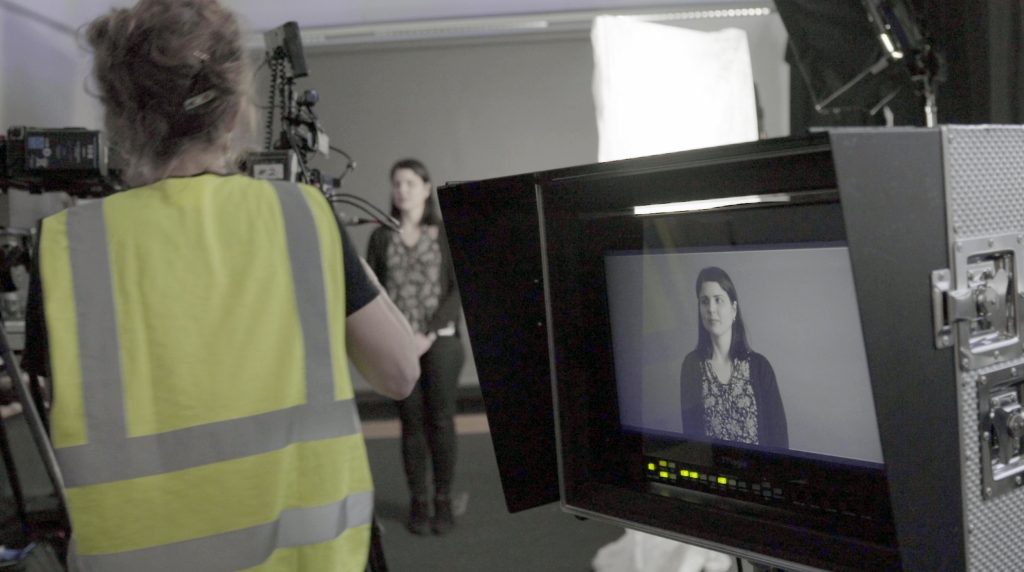 What made you excited to be on that particular project, what stood out to you?

It was created by an all-female crew, with an all-female cast which was something very different but exciting to work on. The film celebrated women in the industry and was released on International Women’s Day, to join the celebration of all women and all that they do.

How did it feel to be part of such a unique female-only team?

I’ve never worked on a project that was led by an all-female team from start to end so it was a fantastic project to be involved in.

What message do you think it gives to women?

That there are no boundaries. Anyone can do anything they put their mind too. Women shouldn’t let stereotypes define what job role they apply for; if it’s something they want to do and they’re interested in it, then they should just go for it!

What advice would you give to anyone wanting to work in film?

Take any opportunities that come your way and get involved! Get experience and work your way up.

Finally, looking into the future, where would you like to see yourself in 10 years time?

Working in production as a producer hopefully!

5 Ways To Shake Up Your Next Event
RECENT FILM ROUNDUP